Trey grew up in a home that he says taught him unacceptable behavior was acceptable. His mom died when he was only 15, and he went from being an honor-roll student to being a homeless dropout selling drugs to survive. He ended up in the Texas juvenile justice system and later prison. In 2011 he was sentenced to eight years in prison and eventually ended up in high security, removed from the general prison population and in seclusion 23 hours a day.

“It was at the end of that year in seclusion that I began to change my life,” Trey says. “I started taking college courses and learned to weld. From there, I was accepted into the prison entrepreneurship program. That program completely changed my life. I was given a special review in January of 2018 by the parole board and was released. I went to work six days later. Within a few weeks I had a driver’s license and a bank account, and within 30 days I had saved over $1,000.”

Trey now has a vision of success for himself—and it includes a loan for a reliable car through On the Road Lending!

“I want to be the father that my son deserves,” Trey says.

Update from Trey after paying off his car loan:

“I had a lot of doors shut in my face before On the Road Lending. I have an amazing story of how my car helped me. After I got out of prison in March of 2018, I was living in a halfway house at 635 and Coit, and my job was on Illinois and Westmoreland in Oak Cliff. I had to get up at 3:30 a.m. and ride a bicycle to the Forest Lane train to get to work by 6 a.m. At 6:30 p.m., it was the same battle back. I was locked in and just surviving.

When I got my Sonata through On the Road Lending, I was able to take a job with a construction company. Now I make $17 an hour. Having a vehicle made all of this possible. My credit score is now 715. After I paid off my car, I got a low-interest loan on another car from a dealer. I used the On the Road Lending approach—it’s an older car with low mileage.

Everything is coming together now. I have custody of my son, and we’ve moved from an apartment into a two-bedroom home that I’m fixing up. My son just got accepted to the DISD science and engineering magnet. He’s in driver’s ed, and when he gets his license, I’m going to give him my Sonata.”

Return to Meet Our Clients 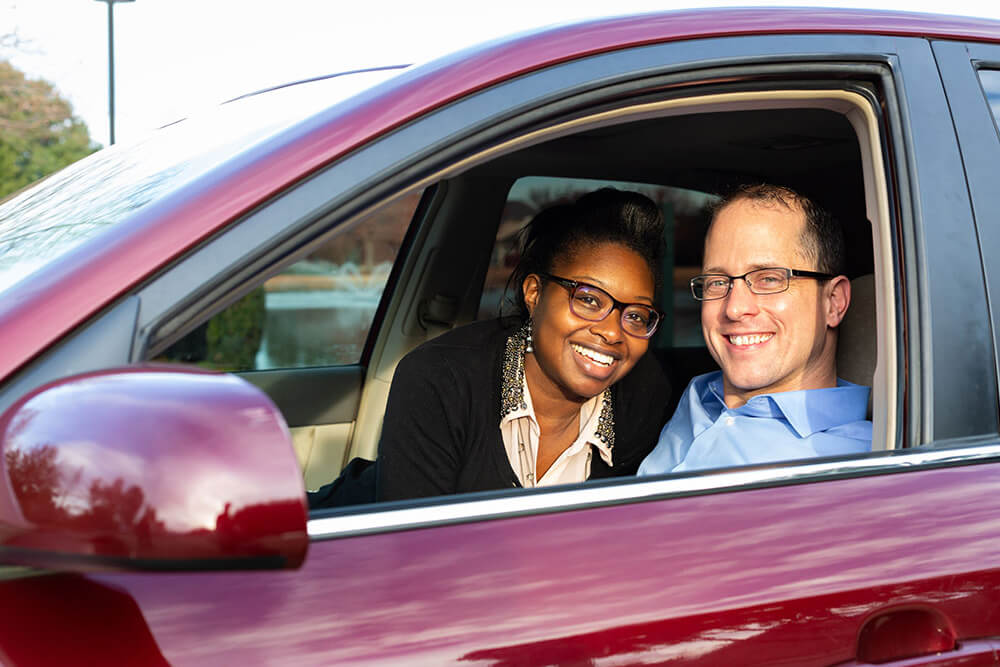